My favourite day of the year is the day when the clocks move ahead. To me, it’s the first day of Spring. I’d like to mark this day with a photo. No more of this till next Fall!

Ever since 2004, when I got my first digital camera, I have been a cropped sensor shooter. Otherwise known as APS-C, or DX to Nikon folks, cropped sensors are 18x24mm in size compared to full frame sensors, or FX in Nikon land, that are the size of 35mm film (24x36mm). With its smaller size, a DX sensor captures a smaller area of a lens’ image circle, giving a narrower field of view compared to FX. On FX a 50mm lens looks like one would expect a 50mm lens to look on film (a fairly natural field of view). A DX sensor, imaging just the central portion of the image circle, gives the field of view of a 75mm lens. A good demonstration is here.

Full frame has other benefits besides having the “right” field of view. Physics tells us that a bigger sensor will have lower noise (for a given pixel technology) and more shallow depth of field. In general a full frame camera will have a bigger viewfinder to accommodate the bigger pentaprism needed for the bigger mirror.

I love shooting film for the same reason. Lenses look like they should. The viewfinders are large and bright. I feel like I have tunnel vision when I switch back to my digital SLRs, even though the D300s and D7000 have some of the biggest viewfinders for DX bodies.

This past weekend (plus the Thursday and Friday I took off from work) I borrowed my co-worker Bill’s Sony α850 to get a little taste of shooting with a full frame camera. He gave me the Sigma 50/1.4 in Sony mount to go along with it… the perfect choice since I own the same lens for Nikon and already have a good feel for how it performs. Over the weekend I had a few good opportunities to shoot, and in a variety of situations too.  Mitzy and I went to Eugenia Falls near Collingwood, Ontario for a hike and one of the tastiest dinners I’ve had in a while. Here’s my favourite shot from the day (f/2 1/350s ISO 100):

I think that this photo demonstrates what I like most about a fast 50mm on a larger sensor. The shallow depth of field combined with a natural field of view has a classic look to it. It’s exactly the kind of image I’d hoped to be able to take with the combination.

Now, am I going to take the plunge and move to full frame? Is the step up in image quality and shooting experience worth the pain of selling at least one of my DX cameras and four of my lenses? The cost of FX gear is considerably higher than DX and I’m just not sure if it’s the way I want to go. Take a look at the following images and maybe you can help me decide…

A few weeks ago, Mitzy and I went to Montreal for her birthday. After a walk through Parc Lafontaine we planned to hit up St Catherine for some shopping. Instead, we ran straight into the Santa Clause Parade. The sea of people was impenetrable, so we headed south to Chinatown. On the way I was lucky enough to grab a quick shot of this group of raggedy haired girls waiting for their bus. I was even more lucky to have the girl on the right look right at me and awkwardly smile.  The super-fast autofocus of the D300s and Sigma 50mm f/1.4 combo also helped. 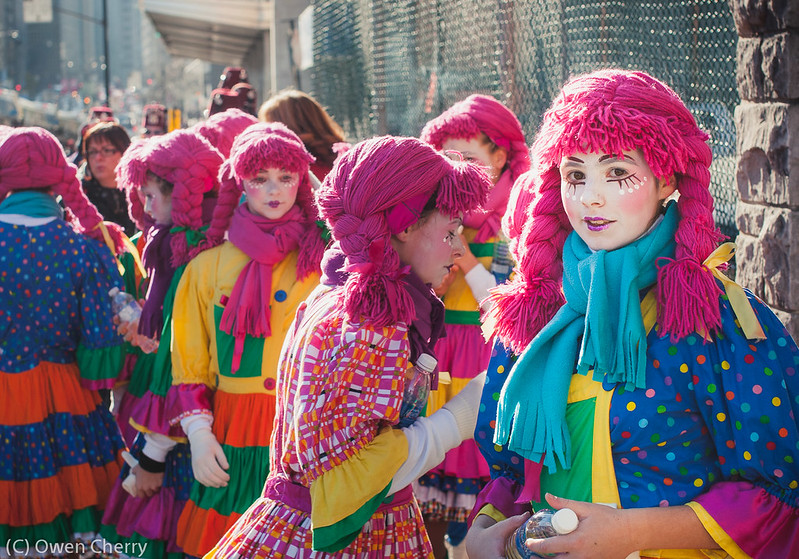