Back in September I had the opportunity to photograph Laura and Jeremy’s wedding in Gravenhurst, ON.  The reception took place at Laura’s family owned campground in a beautiful old barn, with the dining/dancing upstairs and a wood stove and arcade in the basement. The guests were lovely, the property was lovely and the weather was occasionally lovely (including a surprise rainbow over the barn). I have a lot of respect for Laura and Jeremy for pulling off such a well-executed event. Holly at Holly Matrimony worked tirelessly throughout the day and kept things running so smoothly. Portt was a great assistant and car-mate/cabin-mate.

Did I mention that there was a last-minute pig roast?!

Here are some of my favourite shots from the day. First off is the wedding party on the lane between the barn and the family home. I shot it with the Sigma 50mm f/1.4 at f/2.5, giving just enough depth of field to keep the party all sharp. 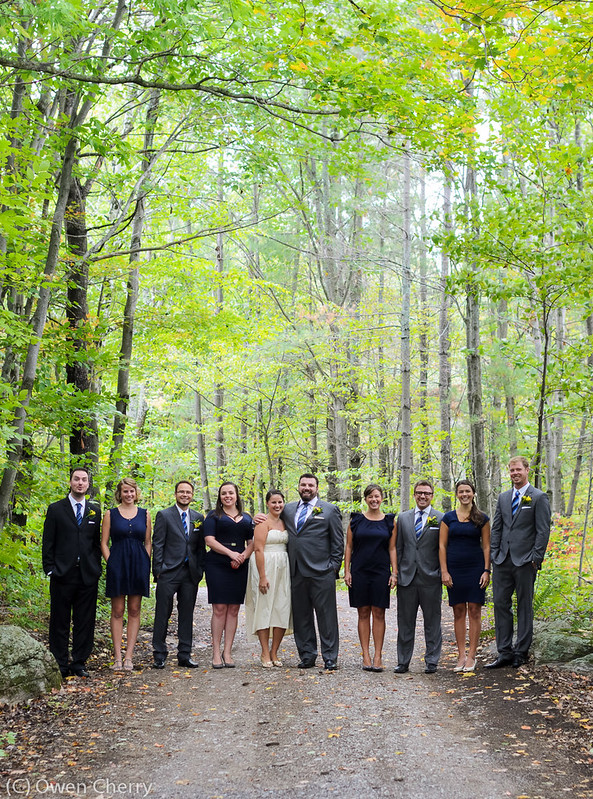 The following photo was taken in the basement arcade. To fill-in the people in the back corner I used an SB-900 off camera left, CLS-controlled by the on-camera flash. 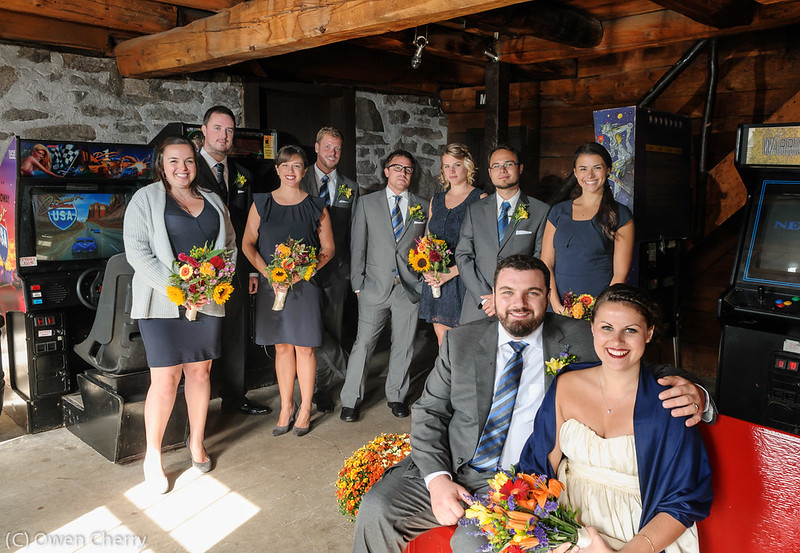 Below is actually a composite of five photos. Portt held a flash with Lumiquest LTz softbox close up to each pair in the wedding party. I had exposure dialed back on the camera to probably -2EV so that the softbox could provide most of the light. The images were stitched together in Photoshop, where I masked Portt out of each one. The lens flare and spots were entirely unintended and caused by the sun peaking over the top of the barn and the raindrops on my lens. 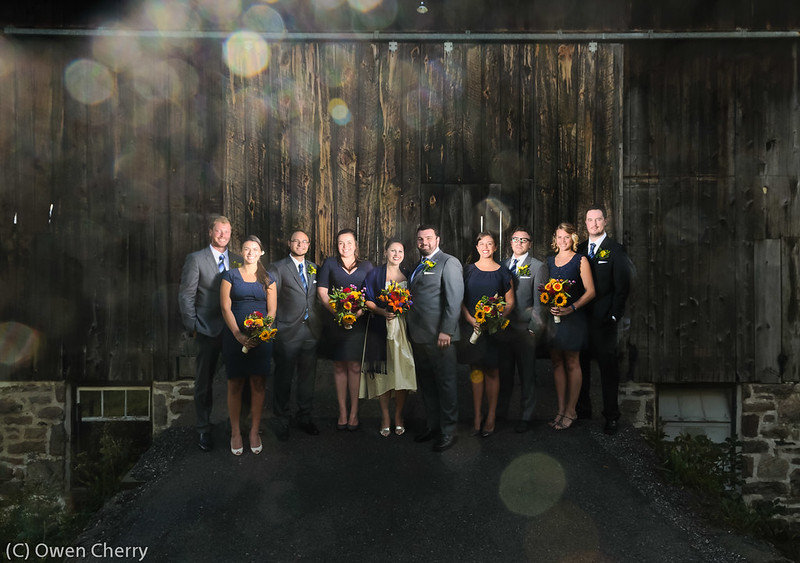 This next photo is another composite, only this time it’s from 30+ photos taken with the D7000 and a wide-open 85mm f/1.4 G (rented, not owned). The shallow depth of field of the 85 at f/1.4 makes this panorama appear like it was taken with a wide-angle lens with an extremely wide aperture.  This technique was popularized by Ryan Brenizer, one of my favourite wedding photographers. 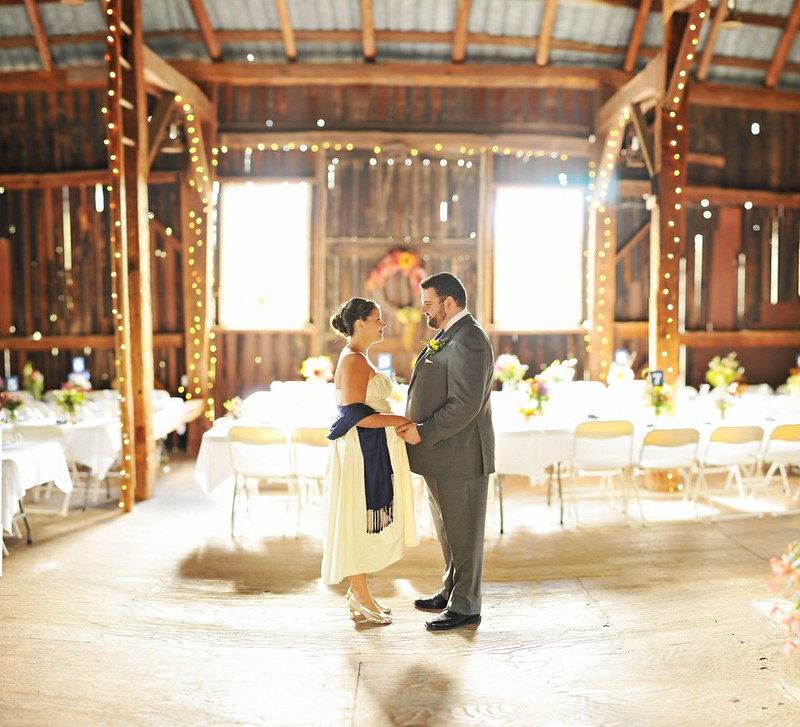 Here are four more shots from the day. First the D7000 + Sigma 50mm f/1.4 (I think Portt was holding a white reflector here) 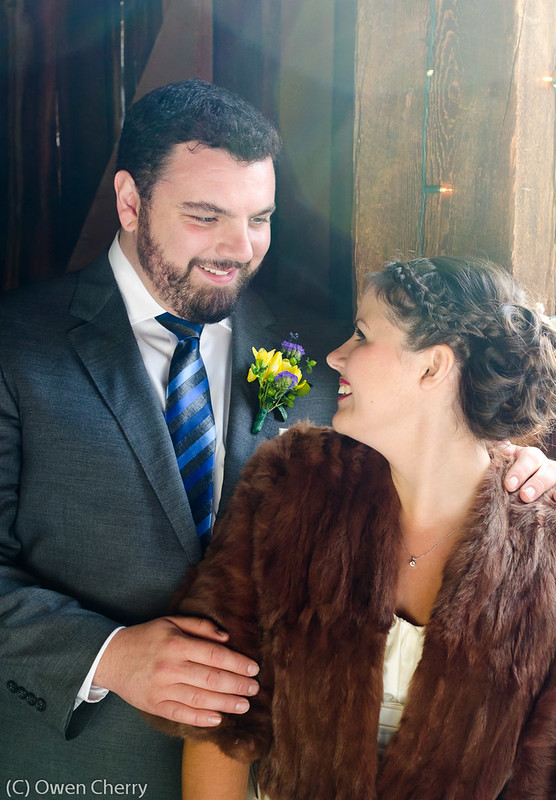 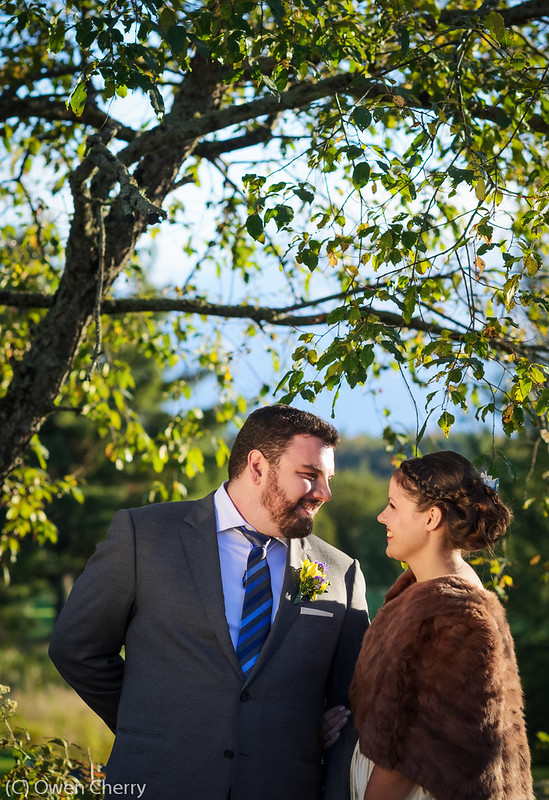 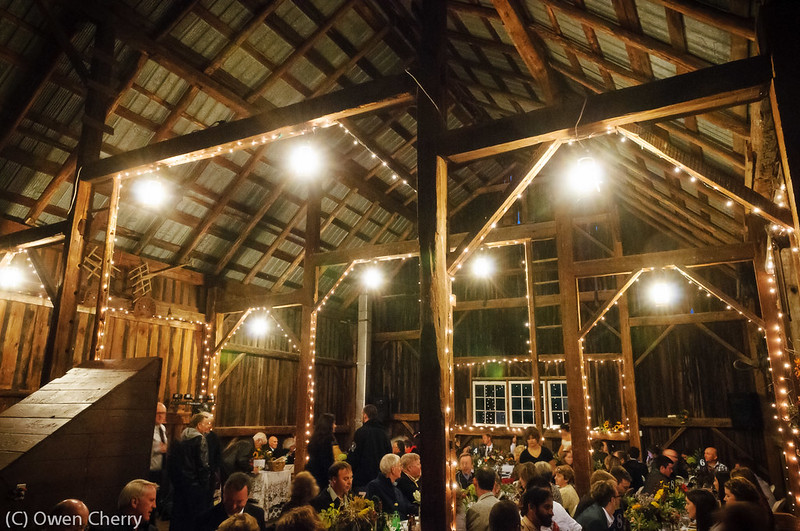 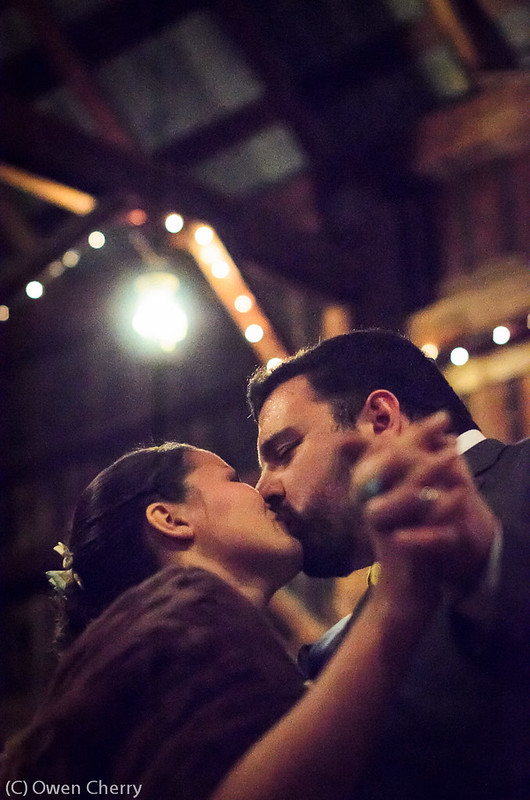 One thought on “A Wedding in Muskoka”