I’ve decided to start a weekly post called Oldie-but-Goodie (ObG) Thursdays where I’ll revisit an old photo of mine and explain a bit about how/why it was taken. Last week’s post was technically the first installment, so here’s the second!

I call it The Wrestler and it was taken when a friend, Colin Hunter, asked me to cover a wrestling match for a book he was writing on the world of amateur/semi-pro wrestling. He got me full ring-side access at Club Element, in Kitchener, and free reign to set up lights (incidentally, Element is kind of sketchy, as I found out when entering the washroom with my camera around my neck and getting harassed extensively by the manager. I think he was worried I was going to document the washroom!).

I set up three lights around the ring, each pointing into one side of the ring. This gave me the opportunity to have rim light at nearly every angle and still have fill in front. I triggered the flashes (2 Vivitar 285HVs and a Pentax AF-500FTZ, all at 1/2 power) with cheapo ebay triggers that were about 80% reliable.  As It turns out, it is quite difficult to juggle fast moving action, slow Pentax autofocus, flash refresh times and unreliable flash triggers… but I’m happy with the results that I got! There are a lot more from the day here. 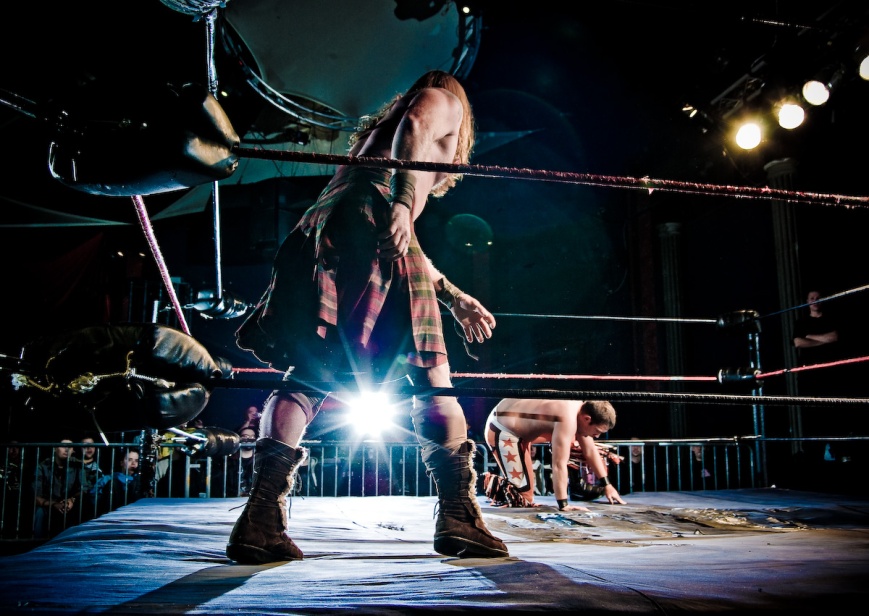