On a few occasions I’ve had the opportunity to shoot the fake prom event at the Starlight in Waterloo… essentially a big night club party where everybody dresses up. My part has most often been by setting up a ‘photo booth’ where individuals, couple or groups can pose together and be as goofy or sexy as they like. Today’s oldie-but-goodie comes from my favourite of these proms, back in 2010. The theme was Horror, if I remember correctly. I’m a big fan of this photo of Celeigh, both for the lighting and for the pose. 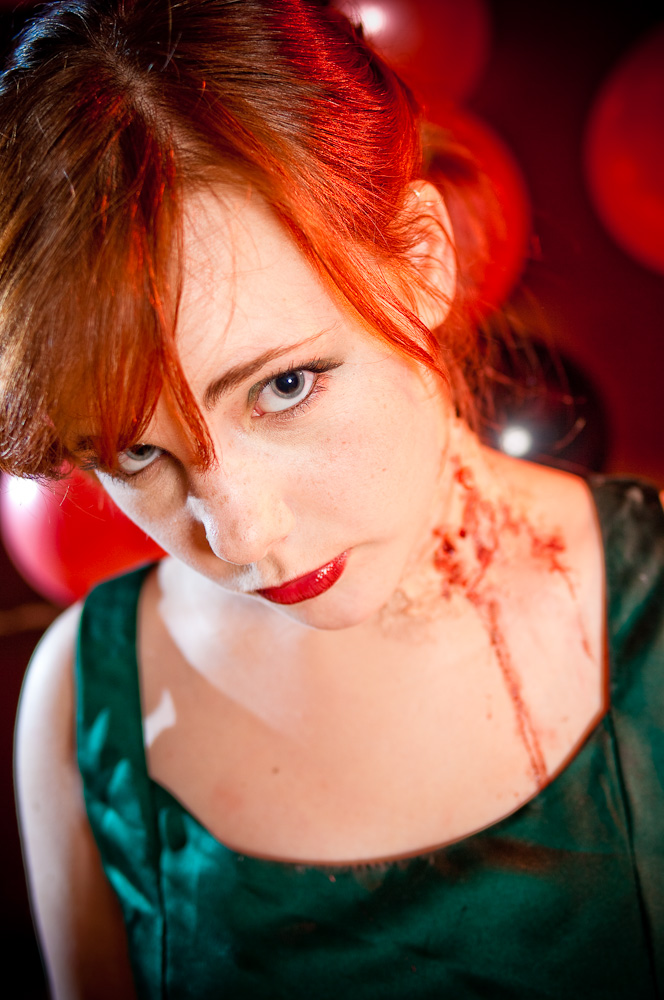 For the photo booth I set up three lights. For the main light I used an Alien Bee B800 with brolly box (an octagonal softbox that opens and mounts like a shoot-through umbrella). The light was on a stand, cinched tightly to a post. For rim lights I clamped a Vivitar 285HV about 15′ away on each side, as close to the back wall as possible. The 285HV on the left was gelled with blue and the one on the right was gelled deep red. I triggered the three lights with Cybersyncs.