My friend Justin owns a DeLorean. Actually he owns two DeLoreans. The day after shooting the wedding this weekend, Portt and I met up with Justin in West Montrose so the car could pose with the covered bridge.  I both envy and don’t envy Justin. On the plus side he owns two classic 80’s supercars. On the other hand, wow did a lot of people stop and ask to pose with the car. He must get that a lot.

The light was moving back and forth constantly between overcast and bright sun. Bracketing each shot allowed me to capture the full range of tones with the option of HDR later on. I decided to go the HDR route with the posed shots. They may be a bit over done but I think they have the “car ad’ look to them. I went even heavier in the processing on the last shot. I was trying my best to pan, but with a wide angle FOV (19mm) the effect isn’t too pronounced. 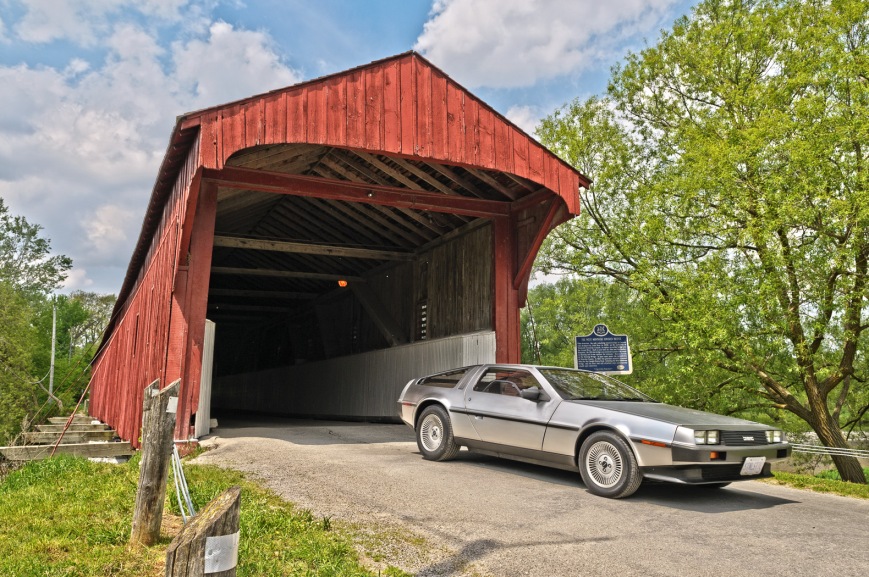 This past October I had the privilege of taking engagement photos for my friends Nik and Erin. Both Nik and Erin are wonderfully fun people who smiled and laughed their way through the entire shoot. Their good chemistry was instantly obvious… and infectious. This was probably the first time I’ve ever had to direct people to take a break from smiling and flirting once in a while for a few more serious shots.

We started the day off at the University of Guelph Arboretum, where the trees were just hanging on to the last of their fall colours. 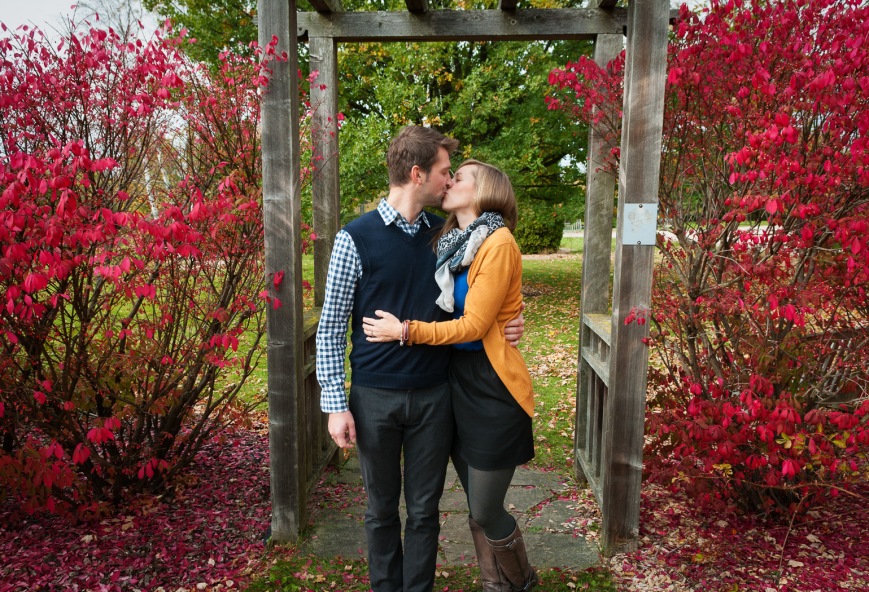 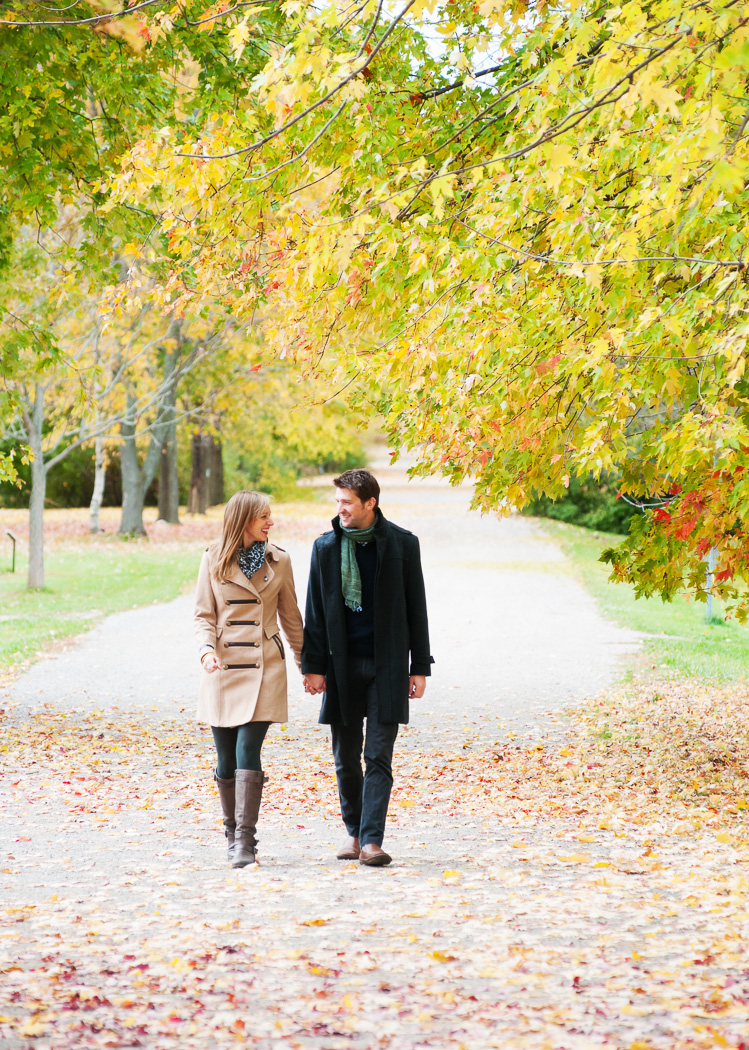 After the arboretum we headed down Gordon St. to the river and Guelph’s beautiful covered pedestrian bridge. First, with the D300s + AF-S 17-55mm f/2.8: 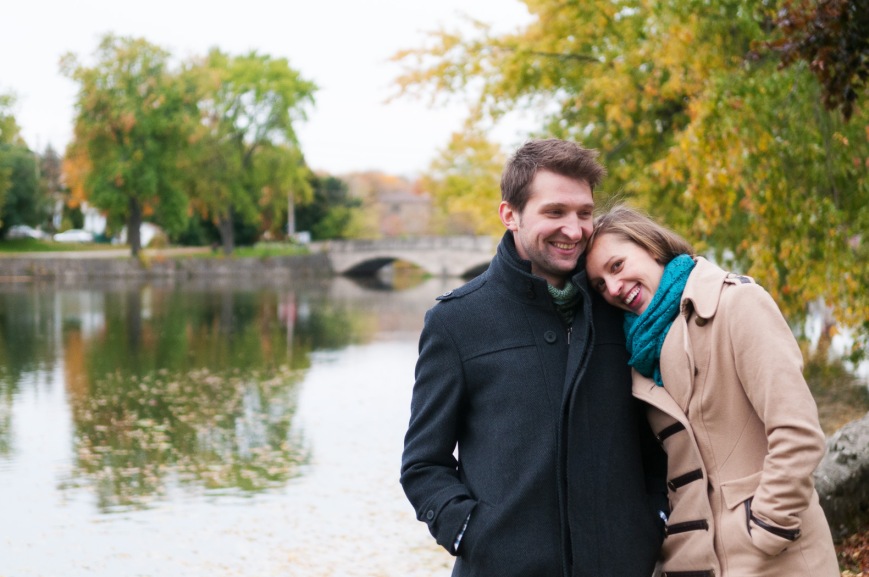